Using what information is currently in circulation for Chaos right now, I've drafted out a Chaos/Nurgle faction list at roughly the 2000 point mark. I still don't know what the marks themselves will cost on the CSM, so I've left 80 points floating to give myself some play as more information becomes available.

With Daemon Engines and Mutilators now interacting with Epidemius, I'm really interested to see how things shake out. The Mutilators are horrendously slow in this edition, but I'm holding out hope that the Tally can get them really multching things once they connect. 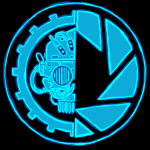