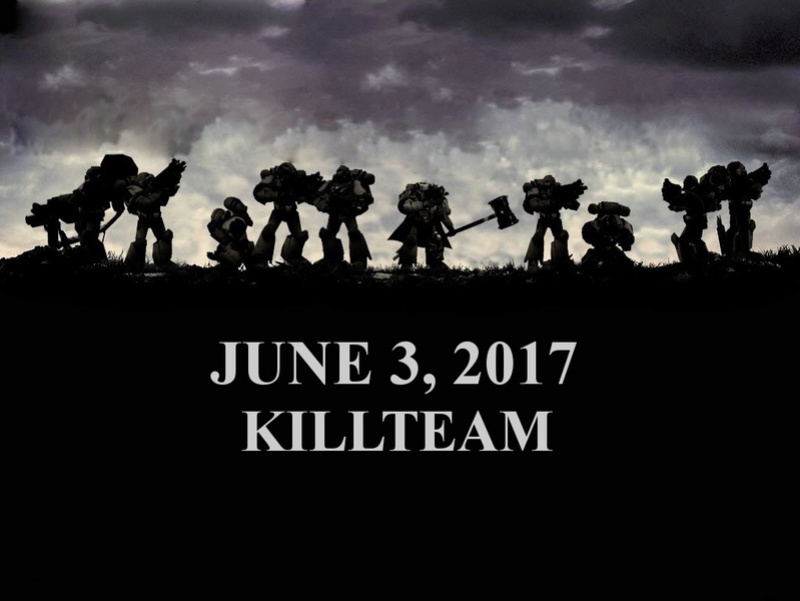 The Dragonis Incident continues to grind on.  There is no immediate end in sight.
Imperial attempts to regain control of the fortified system have failed at every turn.
It is clear that a large-scale conventional invasion will not secure victory
That is where you come in, Commanders.
You are to lead a series of small teams of highly trained, highly motivated, and specialized operatives  deep behind enemy lines in a protracted guerrilla campaign.
With time and enough pressure, the enemy stranglehold of Dragonis should be loosened, allowing Imperial forces an opportunity to begin the invasion anew
Prepare and assemble your teams, gentlemen.  And may the God-Emperor protect you.

All available intelligence can be found on the local holonet HERE

It's that time again!  Ben and John are hosting another tournament!

This one will be a little different though!  We are running a slightly modified version of the recent Killteam rules.  A few more points, a few more options.  All details can be found on the gameday website.  Should this one go well, maybe we can look forward to some Shadow Wars tournaments in the future!

There are no currently planned big prizes for this tournament, fees are to go towards the general new terrain funds.  However, lunch will be provided as part of your entrance fee.  Some of the more grizzled vets might remember the days of the PA tournies where we had the deli sandwiches.  Well, that's coming back, thanks to the new Sobey's down the street.  There will also be cool pictures, and bragging rights to be won!

Check back here for details and updates, signups are open at Dragon's Den now!